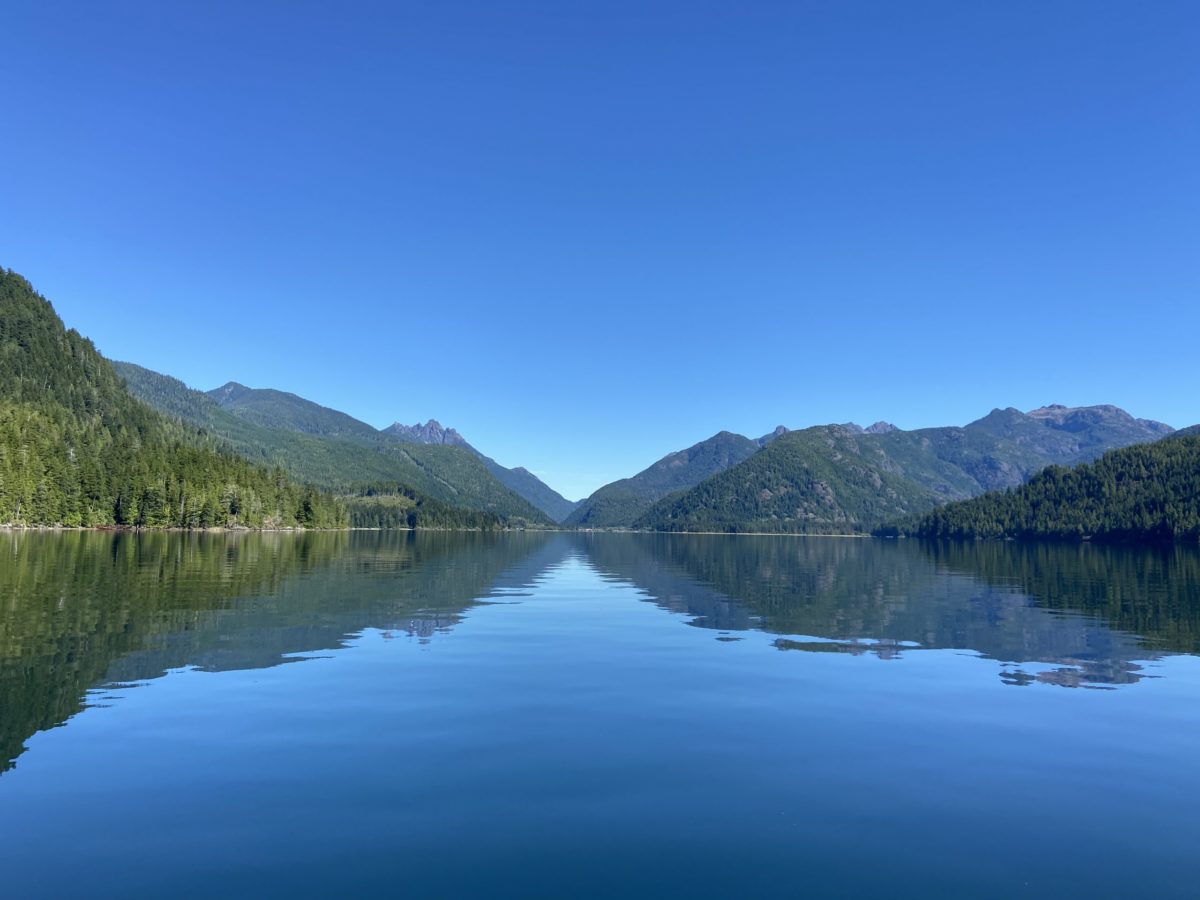 Our service area includes 3 coastal hiking opportunities to rival the renowned West Coast Trail both in challenge and reward…without the crowds! Please note that these coastal hikes are only for suitably experienced and prepared hikers. You will be hiking remote coastline with little to no emergency access. Conditions can quickly become treacherous with changing weather and high tides. Hiking certain portions of this coastline is tide dependant and thorough planning is essential. 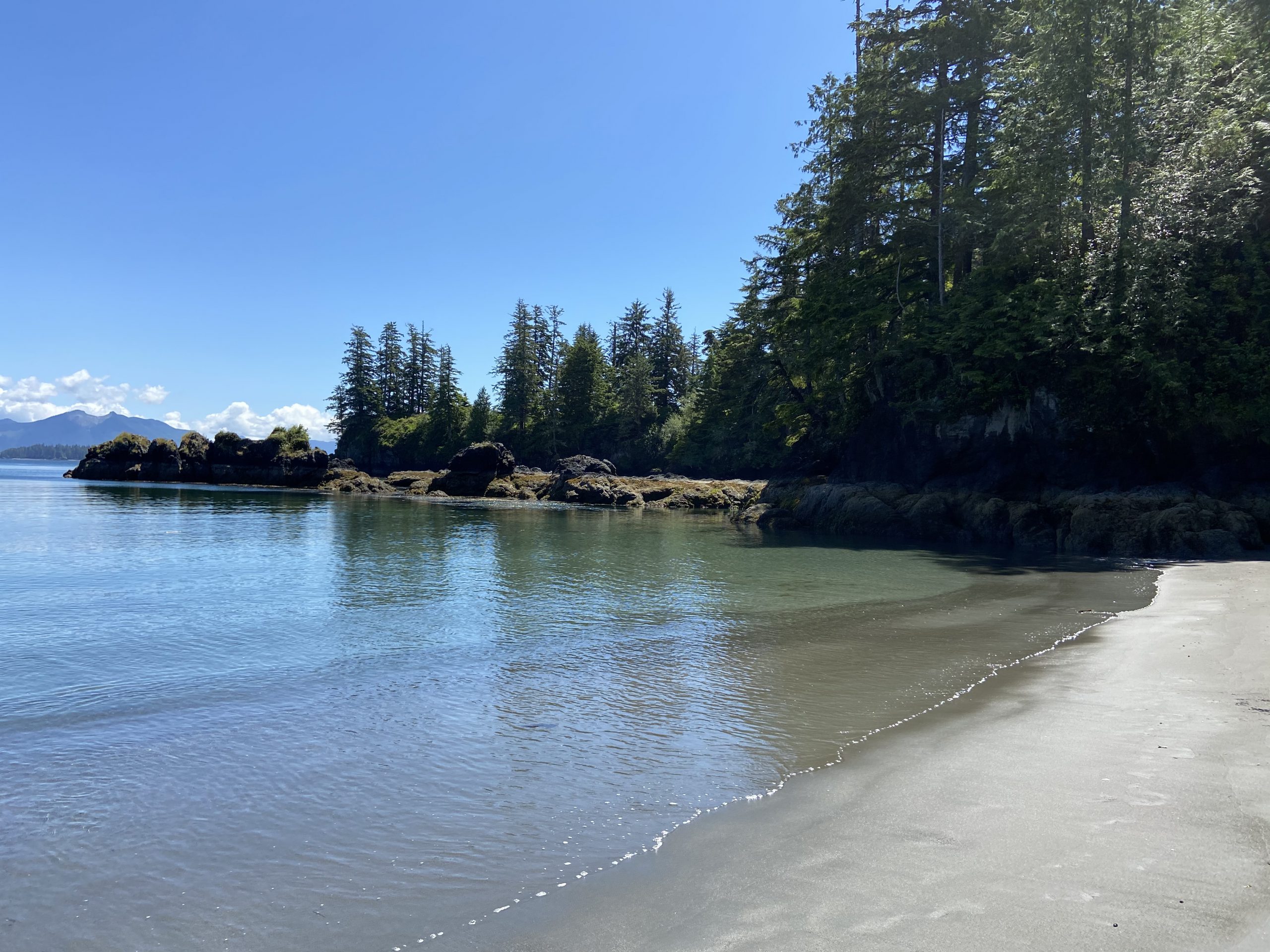 The Nootka Trail is renowned as being one of the most impressive coastal hikes on Vancouver Island and in British Columba. John Kimantas, editor of Coast & Kayak Magazine and author of The BC Coast Explorer tells Nootka Trail hikers to “enjoy the wide range of features – from open sandy beaches to rock ledge scrambles to forest hikes above ragged oceanside bluffs.”

Although the Nootka Trail could be hiked in as little as three days, a five to seven day itinerary allows for a richer experience. More time to explore, enjoy the scenery and observe wildlife.

The Nootka Island Trail ends at historical Yuquot (Friendly Cove). Yuquot is the traditional summer home of the Mowachaht Muchalaht First Nation. Captain Cook landed in Yuquot in 1778 claiming the land for England. Rich in history and recognized as a National Historical Site in 1923, Yuquot, “where the wind blows in all directions” was re-designated in 1997 to acknowledge the significance of the MMFN history and contributions. 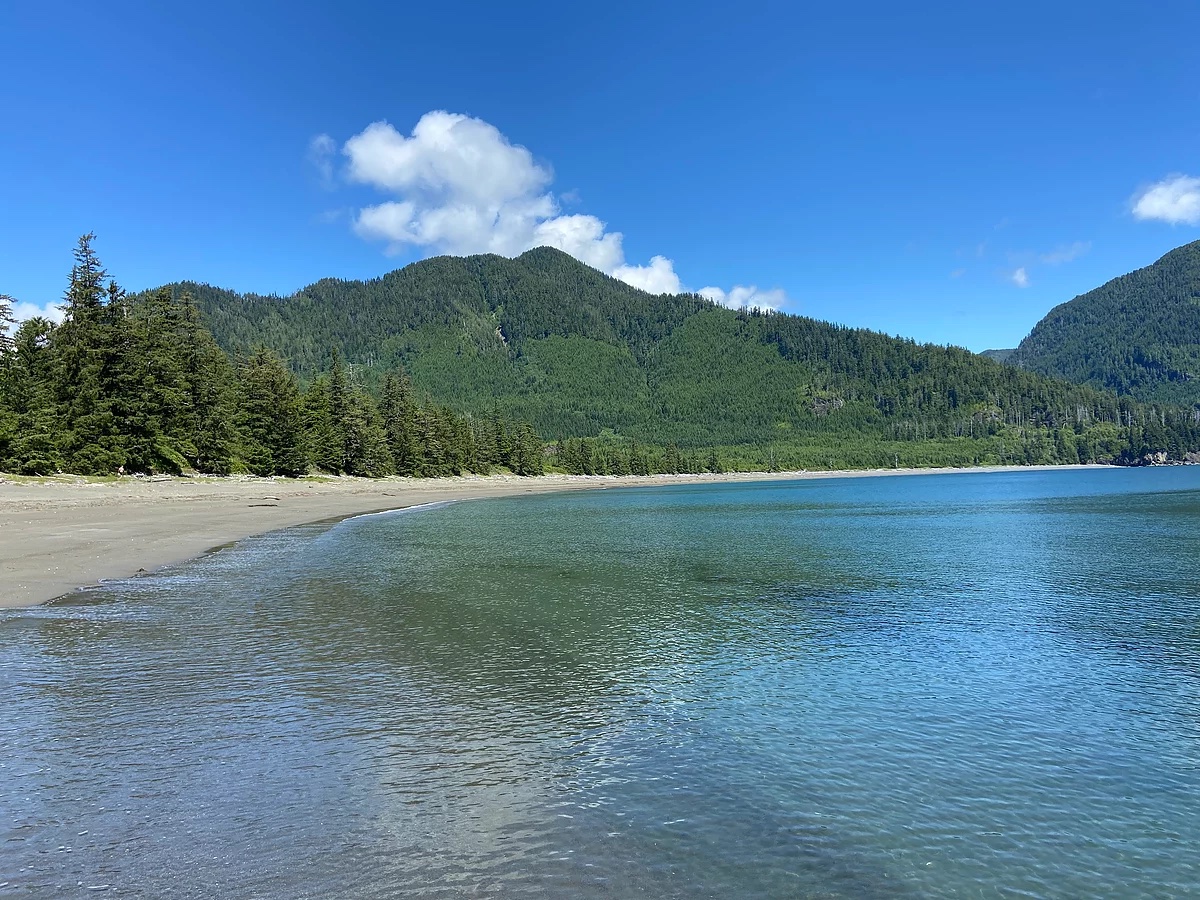 The Tatchu Trail is the next significant stretch of coast to the north of Nootka Island. A complex system of offshore rocks and reefs protects much of the Tatchu Trail shoreline from the oncoming Pacific Ocean. Shorebird Expeditions can drop you off at Yellow Bluff trailhead to start your hike through this unique ecosystem brimming with wildlife. An in and out hike is the most common on this trail because of the short distance and cost effectiveness. 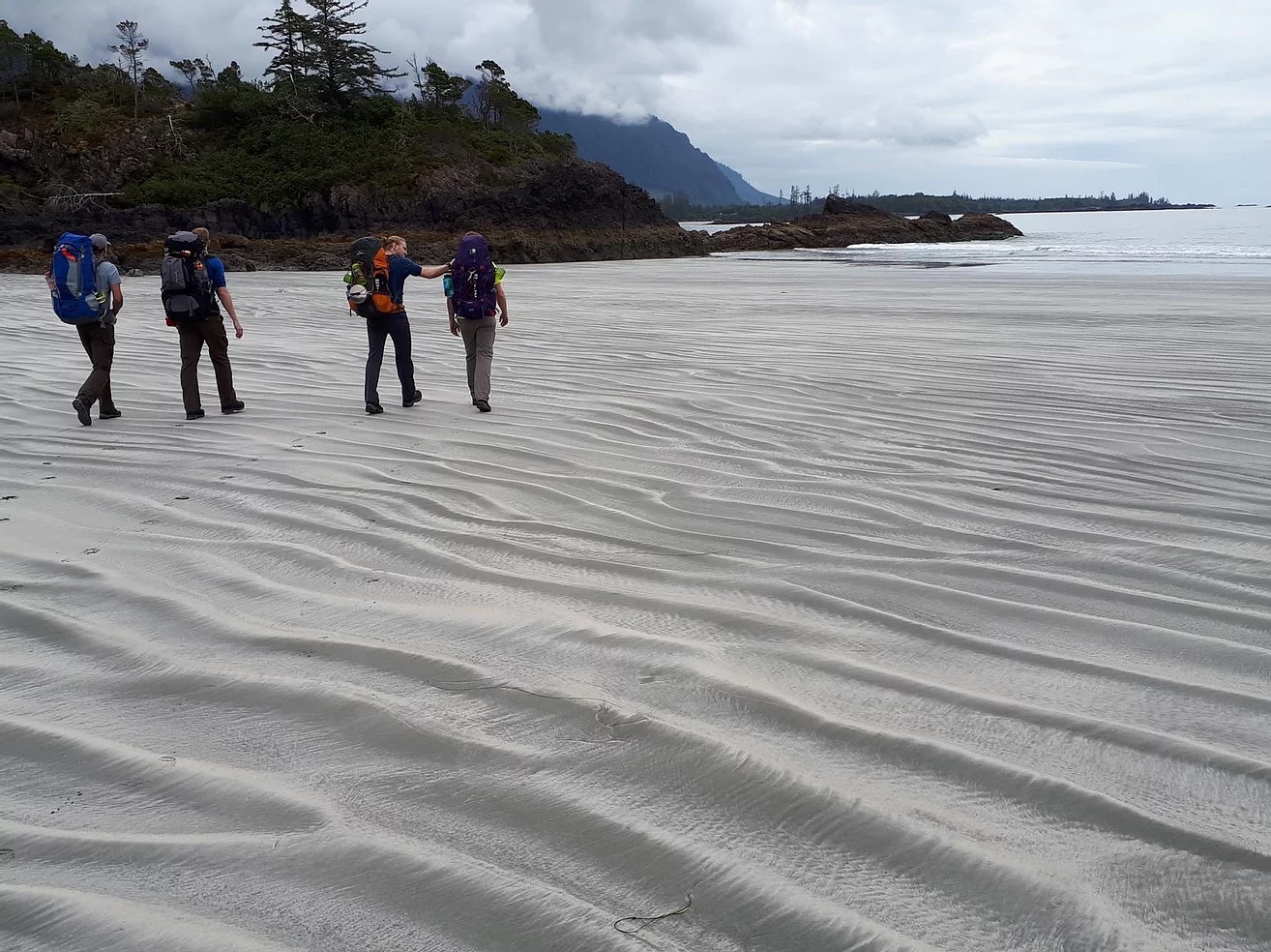 The Hesquiat Peninsula is a long, low elevation finger of land with expansive beaches, constantly changing rock formations with beach camping and glorious sunsets. Hikers report that the wildlife viewing of whales, sea otters, sea lions, seals and a variety of birdlife are everyday occurrences. Shorebird Expeditions can drop you off at Escalante Point for the start of your memorable hike and have Air Nootka pick you up at the end of your hike at Rae Lake. A cost saving option is to hike back to Escalante Point for a prearranged pickup with Shorebird.

Looking for a guided hike?

Contact us for more information on our hiking expeditions

Verified
The owner was always quick to respond, even calling to chat in the evenings or on weekends. She cared about our trip being a success and gave us lots of tips about the trail we were being dropped off at. She is involved in trail clean-up and future trail improvements alongside the indigenous groups in the area.

Lara Kremler
Verified
What an experience! Shorebird was an amazing company to work with. They were able to provide lots of information about the Nootka trail to help us better prepare. They were flexible in dates/times, and worked with us when we had to unexpectedly leave the trail early. The boat ride is beautiful with lots of opportunities to take in the beauty and snap some great photos. 10/10

Rita Wakelin
Verified
I can highly recommend Shorebird Expeditions for their water taxi service. I used their service to get my hiking group to and from the Nootka Island trail for an amazing one week adventure in the wilderness. Sarah was a wealth of information, friendly, and patient. Both our drivers were friendly and kind. The ride to and from our trail heads were spectacular. I hope to use their service again for a kayak adventure. Thank you Shorebird for making our time with the wolves possible.

Leila Nazaroff
Verified
We have used this company for various kayak trips in the area over several years and they have always been excellent.

Salty Shyster
Verified
It was easy to book our water taxi service to hike the Nootka Trail. Everything was on time (actually, early) and easy going. Great drivers and good craft for getting you there and back easily and safely. We even stopped to watch a raft of otters on the way back!

Send us a message!